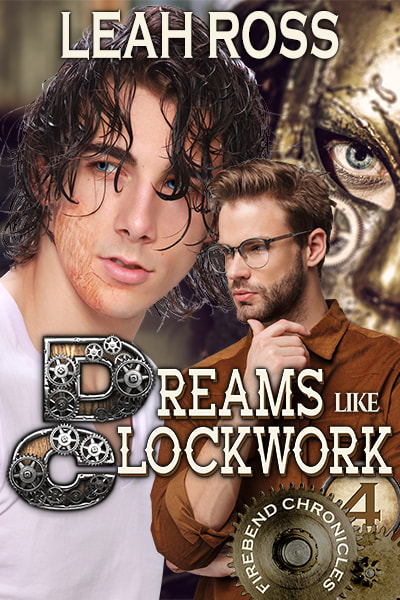 Truth is supposed to be the great equalizer. Facts, evidence, sworn testimony. The hallmarks of justice. But when proof is hidden, reality becomes the province of perception. And perception is far too easily manipulated. Unseen threats turn to evil incarnate. Selfish privilege breeds corruption. And prejudice keeps those worthy of redemption from finding salvation. Truth is nothing but a dream.

Imprisoned and forgotten, Emory Linsey has been cast out of every version of life he’s ever known, condemned for the atrocities perpetrated by his monstrous alter ego. No one’s interested in finding the tormented man beneath Wraith’s mask. No one wants to believe that he’s anything but unrepentantly insane. They only want someone to blame for the crimes they can’t understand. Resigned to his fate, Emory draws the shadows around him as he’s done for his entire life and hides from the world. The wretched don’t deserve to hope and dream.

Dr. Gabriel Norris is an esteemed psychiatrist with a bright and promising career, a handsome intellectual, a coffee snob. He’s content in his predictable, sheltered life and his unremarkable domed world. Helping his patients navigate the convoluted avenues of their dreamscapes is about as much risk as he’s willing to take. But when he’s invited to rehabilitate the most dangerous patient at the country’s top treatment facility, it’s an offer he won’t even consider refusing. This is his chance to help someone who truly needs his expertise. He’s seen practically everything that the human psyche can throw at him by now. He can handle this assignment too.

From opposite sides of their world, Emory and Gabe must unravel the web of lies threatening to trap them. Perception looms like an impenetrable wall and it will take everything they have to break it down and find the truth. Not even love can save them from corruption. If they hope for freedom and a future together, then they’ll have to overcome fear itself. They’ll have to dream up something stronger.